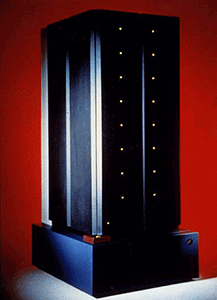 This year marks the 20th anniversary of the defeat of chess Grand Master, Garry Kasparov, by IBM’s Deep Blue. It was the first time a computer had defeated a reigning world champion in tournament play. The event is also a milestone in AI or Artificial Intelligence. The efficiency that AI delivers has helped it make inroads in a variety of fields including HR. Writing in the online publication TLNT, Ji-A Min, a data scientist focused on talent acquisition, notes that over the next few years AI will transform 3 key areas of hiring: candidate sourcing, candidate screening, and candidate matching. In the not too distant future, getting your foot in the door may be a completely different experience than what we’ve come to know until now.

On the other side of the hiring desk, AI has some serious potential pitfalls. It turns out that robots can be as prejudiced as the people who program them. In a paper on language bias and its affect on machine learning, Princeton University computer scientists note that implicit bias, whether acknowledged or not, can be learned by machines (listen to one of the paper’s authors interviewed in the first part of this radio report on bias and AI or watch this presentation on YouTube). This means that the algorithms used by police to predict criminal behavior, or by employers to help with employment decisions, may be racist. As more and more HR functions become automated, the pre-employment screening industry must be vigilant against machine bias as well.